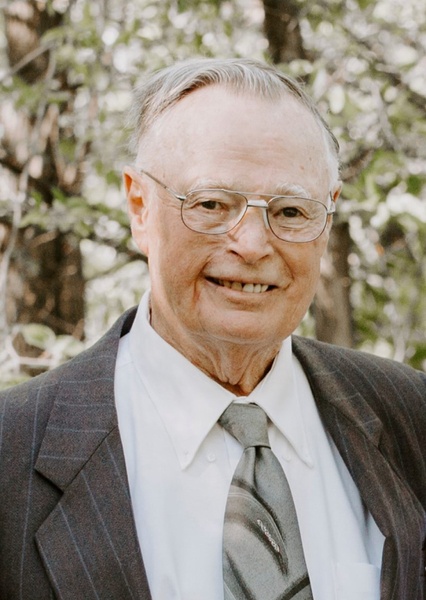 Robert James Montgomery died peacefully on Friday, September 16, 2022 at the age of 90.

Bob was born on March 15, 1932 in Weaver, MN to James and Alta Montgomery.  Bob graduated from Plainview High School. After graduation, he worked at Northern Pacific Railroad for three years.  He was then drafted into the US Army, where he served two years in the Korean War.  After an honorable discharge, Bob went to work at Honeywell where he worked for thirty-seven years before retiring. In 1959, Bob married Shirley Hopp and had two children, Michael and Mark.

Bob was an avid sports fan. The Minnesota Twins was his favorite. He watched or listened to every game. Bob loved going to his sons’ sporting events and years later, his grandchildren’s school events. He also enjoyed taking family trips to Mille Lacs Lake, where they spent many hours fishing. Bob will be deeply missed and never forgotten by those who knew and loved him.

Bob is survived by his two sons, Michael (Jodi) Montgomery and Mark Montgomery; grandchildren, Zachariah, Corinna, Teika, Alexis, Pebbles, and Jordan; and twelve great-grandchildren.  He was preceded in death by wife, Shirley (Hopp) Montgomery; his parents, James and Alta Montgomery; and brothers, Bernard and Dale.

Funeral services will be held at First English Lutheran Church, 511 W Belle St, Cannon Falls on Thursday, September 22 at 11 am.  A visitation will be held prior to the service from 10-11 a.m. Interment with military honors will follow at the Cannon Falls Cemetery.

To order memorial trees or send flowers to the family in memory of Robert Montgomery, please visit our flower store.