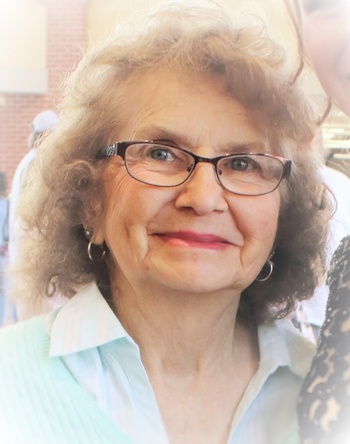 Rosemary Lundell Pagel, age 85 of Cannon Falls, died at her son's home with her family by her side on Thursday afternoon, March 31, 2022.

Rosemary was born on February 14, 1937 at home on her parents farm in Jessenland Township, MN, the daughter of Albert and Josephine (Kavitz) Regenscheid. They moved to a farm in the Randolph, MN area in 1940.

She met and later married Charles Lundell on October 9, 1954, and they had six children to that union. Following his death, Rosemary married Elmer Pagel on June 26, 1976 and added another son to their family. A wife and mother of seven children, Rosemary was hardworking and independent. She would milk cows, provide the best monster cookies and sauerkraut a family could want, and find time to sew and embroider. She loved gardening, garage sales, and especially spending time with her grandchildren and great grandchildren. She was a longtime member of Spring Garden Lutheran Church, where she enjoyed quilting and sewing circle.

She was preceded in death by her parents, Albert and Josephine Regenscheid; her husbands, Charles Lundell and Elmer Pagel; her daughter, Kristie Olson; and six brothers (Milo, Norbert, Robert, Roger, Jerome, and Leo) and one sister (Fidelis).

To order memorial trees or send flowers to the family in memory of Rosemary Lundell Pagel, please visit our flower store.