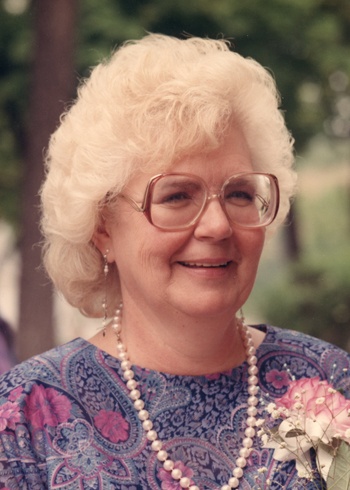 Ruth was born May 22, 1940 in Red Wing, MN to Walter and Helen (Quast) Doose. She graduated from Goodhue High School and married Raymond R. Gadient on September 27, 1958. They made their home in Red Wing, where they raised ten children. She enjoyed gardening, her flowers, and canning/freezing. She loved riding motorcycle with her husband, dancing, bowling, and camping at Sherrards Resort in Luck WI. She also enjoyed her coffee club time with friends.

Mass of Christian Burial will be held on Thursday, December 20th at 1 p.m., with visitation from 11 a.m. - 1 p.m., at St. Columbkill Catholic Church, Belle Creek in rural Goodhue, MN.  Interment will follow at the Holy Trinity/St. Columbkill Cemetery.

Memorials in her memory may be given to Parkinson's Disease research or to donor's choice.

To order memorial trees or send flowers to the family in memory of Ruth Gadient, please visit our flower store.