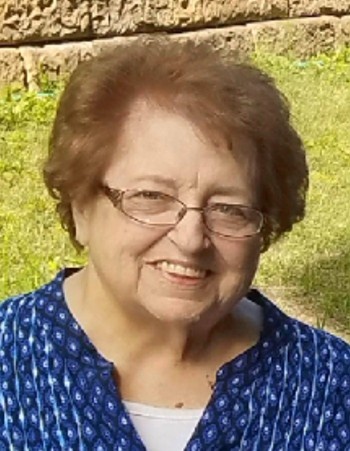 Ruth Ann Hurt, age 78 of Cannon Falls, passed away on Monday, March 12, 2018 at the Regina Care Center in Hastings MN, with family by her side.

Ruth was born the oldest of 14 children to Robert and Marilyn (Lunkenheimer) Hiniker on May 23, 1939 in Mankato, MN.  She graduated in 1957 from Loyola High School in Mankato and received her Practical Nursing degree from Mankato Area Vocational-Technical Institute in 1976.  In 1982, Ruth became licensed as a Registered Nurse.  As a nurse, Ruth worked in many practice settings, including hospitals and home health. She especially enjoyed the time she spent working as a nursing instructor at the Dakota County Vo-Tech. Ruth worked at the Cannon Falls Hospital for 20 years and it was from there that she retired.

Ruth married Paul Hurt on July 8, 1978 and they enjoyed 39 years together traveling and spending time with family.  Ruth was a longtime member of St. Pius V Catholic Church and served as the Parish Nurse. In this role, she worked with patients to balance body and mind health in order to achieve overall wellness.  She enjoyed reading, bird watching, and playing Scrabble and her piano.

She was preceded in death by her husband, Paul, who passed on December 17, 2017; her father, Robert J. Hiniker; sister, Judy Griep; and brothers, Steve and Tim Hiniker.

Funeral mass will be held at St. Pius V Catholic Church, 410 W. Colvill St., Cannon Falls on Saturday, March 17.  Visitation will begin at 12:30 p.m. and the funeral mass will begin at 1:30 p.m.  In lieu of gifts, please send donations to Regina Foundation Chapel Fund, 1175 Nininger Rd, Hastings, MN 55033.  Interment will be at the church cemetery. A luncheon will be served following the mass.

To order memorial trees or send flowers to the family in memory of Ruth Hurt, please visit our flower store.