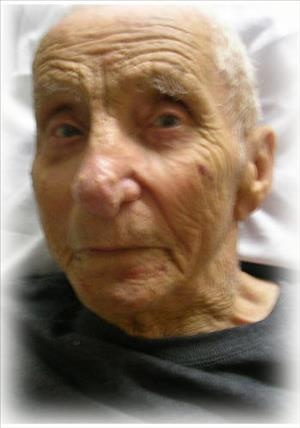 Selmer "Donald" Thompson, age 89 of Cannon Falls, died on Monday morning, October 15, 2012 at Angels Care Center in Cannon Falls. Don was born at home in Wanamingo Township on August 5, 1923, the son of Thomas O. and Thora (Braaten) Thompson. He graduated from Cannon Falls High School and went on to serve with the Merchant Marines during WWII. He married Evelyn "Arlene" Waslie on October 26, 1949 at First English Lutheran Church in Cannon Falls. Don worked at Armour & Company in South St. Paul for many years, Coles Implement in Cannon Falls, and later Cenex in Inver Grove Heights until his retirement. After retiring, he worked for many years at the Cannon Falls Cemetery. He loved to take rides around the countryside, and enjoyed watching the trains. He is survived by his son, Doug of Cannon Falls; sister, Ardis Hager of Cannon Falls; and nieces and nephews. He was preceded in death by his parents; wife, Arlene on December 27, 1991; infant son; brother, Orgene Thompson; nephews and niece, Paul and Robert Hager, and Wendi Thompson. A memorial gathering for friends and family will be held on Monday, October 22 from 4-6 p.m. at Lundberg Funeral Home in Cannon Falls.

To order memorial trees or send flowers to the family in memory of S. Thompson, please visit our flower store.