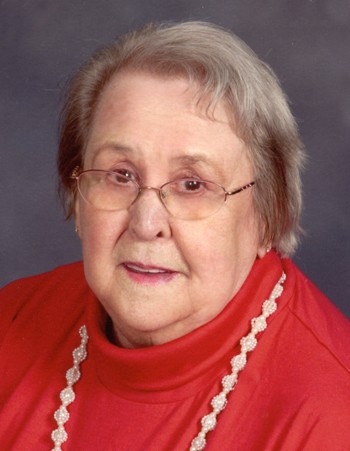 Shirley was born in Bridgewater, SD. Her family moved to Sioux Falls when Shirley was 10 years old.  Immediately following graduation from Washington High School, Shirley moved to Sacramento, CA. She met the love of her life, Charlie, on New Year’s Eve 1951. After a whirlwind courtship of only 21 days, she and Charlie were united in marriage on January 20, 1952.

Shirley enjoyed her career as an accounting clerk for the Federal government, working at McClellan Air Force Base until her retirement in 1987.

Shirley and Charlie loved to travel and enjoyed many cruises. They also loved entertaining neighbors, friends and family in their backyard. They enjoyed camping and spent numerous hours fishing in their boat. After Charlie’s passing, Shirley moved to Cannon Falls, MN to be closer to family. She will always be remembered as a loving sister and aunt.

She is survived by her sister, Lois (Floyd) Haeuszer of Cannon Falls; brothers, D.R. “Fuzzy” Callies of Sioux Falls, SD and Ron (Dorothy) Callies of Spearfish, SD; brother-in-law, Claude Herndon of Springfield, OR; and many nieces, nephews, great nieces and great nephews.

She leaves us rich in memories.

To order memorial trees or send flowers to the family in memory of Shirley Herndon, please visit our flower store.