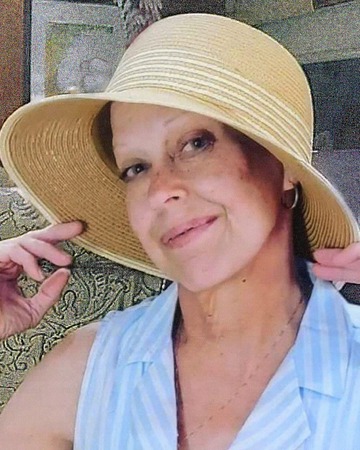 Taree was born on April 8, 1964 in Shakopee, MN, the daughter of Gregg and Diane (Holtz) Anderson. She graduated in 1982 from Litchfield High School, Litchfield, MN, and worked her whole life with people in customer service. She enjoyed socializing and helping people.

She married David M. Walrod on January 30, 1987 at Gustavus Adolphus Lutheran Church in St. Paul. They made their home in Cannon Falls, raised three children, and were members of Spring Garden Lutheran Church.

Taree loved crafting! She enjoyed making holiday crafts and crocheting, the family cabin at Mille Lacs, spending time at the Cannon Falls Campground with longtime best friends Janna and Peter Bodette, and bonfires with family and friends. She will be remembered for her love of family, especially her grandchildren.

She will be greatly missed by her children and grandchildren, Mandy Walrod (Jody White) and Addison, Brittany (Beau) Lundell and Arianna, Olivia, and Briella, and Andrew Walrod (Leigha Presley) and Caiden, Carson, Torrance, and Maisie; brothers and sister, Todd Anderson, Tammy (Russell) Rueckert, and Tregg Bjorklund; and mother-in-law, Gwendolyn Walrod. She is also survived by the Walrod in-laws, many nieces, nephews, and cousins.

Funeral service will be held on Tuesday, October 18 at 3:00 pm, with visitation from 12:00-3:00 pm, at Spring Garden Lutheran Church, Cannon Falls.

To order memorial trees or send flowers to the family in memory of Taree L. Walrod, please visit our flower store.