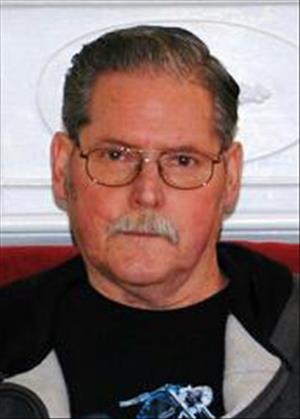 Thomas Jerry "Tom" Mitchell, age 69 of Wanamingo, died peacefully at his home on Monday, August 4, 2014. He was born on February 19, 1945 in Clear Springs, FL to Charles "Alcus" and Lena Mae (Nobles) Mitchell. He grew up, one of eight children, in the Florida area. Tom made his way up north where he met and married Barbara "Jeannie" Kishketog on July 1, 1974 in Milwaukee, WI. There they had two children, Vicki and Tommy, before eventually moving and raising their family in the Spring Valley, MN area. They later divorced. Tom was a longtime diesel mechanic working for various trucking companies throughout the area. He was very talented in his line of work and was proud of his accomplishments in rebuilding diesel transmissions. He enjoyed watching NASCAR, NFL, ESPN and spending time with his children and grandchildren, who all were his pride and joy. Tom is survived by his daughter, Vicki and her fiancé, Jaime Ruiz of Chatfield; son, Tommy of Wanamingo; six grandchildren, Samantha, Kasey, Tommy, Salma, Creena and Decota; great-granddaughter, Lyla; three sisters, Lillian Jones of Molino, FL, Myrtle Womack of Monroeville, AL, and Mildred (Charlie) Long of Melbourne, FL; brother, James (Frances) Mitchell of Winter Haven, FL; and many nieces and nephews. He was preceded in death by his parents and three brothers, Edward, Fred and Jimmy. The family would like to give an extra special 'thank you' to the Red Wing Mayo Clinic Health Systems Hospice team for all their compassion and help during this difficult time. A private memorial service will be held at a later date.

To order memorial trees or send flowers to the family in memory of Thomas Mitchell, please visit our flower store.