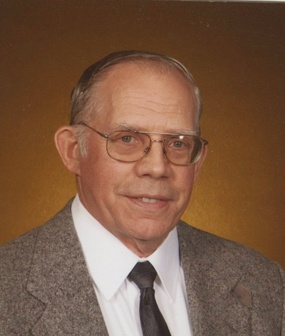 Thomas A. Nelson passed away at his home Wednesday, April 24 following a courageous battle with cancer. Tom was surrounded by family and took his journey peacefully.

Tom was born in Northfield, MN, to Arthur and Hazel (Fink) Nelson on April 10, 1939. He lost his mother at a very young age. Tom attended Northfield High School, graduating in 1957. In 1962 his family moved their farm to Vasa Township. Tom became an impassioned farmer alongside his father. He had a brief service to his country in the U.S. Navy.

On April 11, 1964, Tom married Sharon Leila Johnson. They purchased a farm in rural Cannon Falls and in 1970, they purchased and moved on to the “Vernon Young Place” and made it their own. He and Sharon made a career of farming.  He was an active member of Spring Garden Lutheran Church where he served loyally on the cemetery board. Tom was a grower for the Jacques Seed Company for many years. In the 1990’s, Tom and Sharon enjoyed some travel, cruising the Panama Canal and various other destinations.

Visitation will be on Sunday, April 28 from 4-7:00 pm at Lundberg Funeral Home, 5839 Hwy 19 Blvd, Cannon Falls, MN 55009. The funeral service will be on Monday, April 29,  at 11:00 am at the Spring Garden Lutheran Church, 10239 County 1 Blvd, Cannon Falls, MN 55009. There will also be a visitation at the church on Monday from 10-11:00 am. Interment will be in the church cemetery. Memorials may be directed to the Spring Garden Lutheran Cemetery or to the American Cancer Society.

To order memorial trees or send flowers to the family in memory of Thomas Nelson, please visit our flower store.