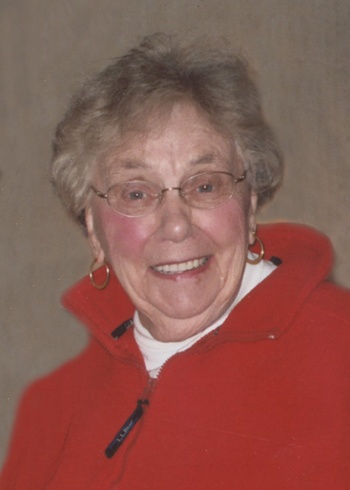 Vivian Mathilda (Gesme) Brage, age 90, a lifelong resident of Cannon Falls, died peacefully at home on Monday, October 16, 2017, where Team Viv lovingly cared for her for the past two years.

Vivian was born on September 28, 1927 in Hastings, the daughter of Casper and Hildu (Jacobson) Gesme. She graduated from Cannon Falls High School in 1945 and at the age of 17 years, went to work as a secretary at Jensen Printing in Minneapolis. She married Kenneth G. Brage on November 8, 1947 at St. Ansgar’s Lutheran Church, Cannon Falls. Their union brought together two families that remained close throughout the years. Viv was a homemaker, farm wife, and later worked at Mineral Springs Sanitorium, and Dakota County Mental Health as a secretary until retirement. She was married to Kenneth for over 58 years when he died on April 28, 2006. She later married Willard Finch.

Viv was an active member of Cannon River Lutheran Church, where she taught Sunday school and was involved in the ladies aid.  She was also active in 4-H, card club, local homemakers group, and Shepherd Center of the Cannon Valley.

She would use humor, encouragement, and quick wit to make people feel good.  She enjoyed a fun-loving life, and liked to entertain. She also enjoyed her country neighbors (and some town folks, too!)

She was preceded in death by her parents; husband, Kenneth; sisters, Doris Gesme and Ruth Spillman; and brothers, Harold Gesme and Wendell “Bud” Gesme.

To order memorial trees or send flowers to the family in memory of Vivian Brage, please visit our flower store.