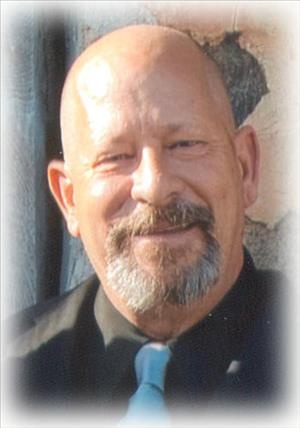 ** They will be celebrating Wayne Herman Tonn's life on Saturday, August 10, 2013 from 1 pm - 6 pm at their home at the lake, 6244 - 294th St. E., Cannon Falls. Wayne Herman Tonn, age 64 of Cannon Falls, died unexpectedly on Tuesday afternoon, March 19, 2013 at the Cannon Falls Medical Center. Wayne was born on October 9, 1948 to Herman S. and Mildred (Benjamin) Tonn. He graduated in 1966 from Humboldt High School in St. Paul, and went on to serve with the US Army during Vietnam. Following his honorable discharge in 1969, he went to work at the Ford Motor Company where he continued to work for 43 years. He was a member in good standing with the local UAW. Wayne married Cindy Kirchner on February 4, 1972 and she died on October 9, 1975. He then married Deb Lutterman on April 28, 1979, and they had two daughters together. He married Brenda Mills on February 23, 2007 at St. Ansgar's Lutheran Church in Cannon Falls. Wayne was an avid hunter and fisherman throughout his entire life. In his youth, he spent many summers in Starbuck, MN at the family farm. He was a life member of Starbuck VFW Post #4582. Wayne's love of motorcycling inspired him to build an original custom Harley with the help of his good friend Al Boik. He named it "Angel Fire" it was featured in the American Iron magazine in November 2002. He is survived by his wife, Brenda; daughters, Amber Tonn of New York and Sara (Darrin) Derge of West Bend, WI; granddaughter, Meadow; step children, Jessica (Brad) Mollen of Phoenix, AZ, Terry Gilomen of Northfield and Laurie Hengel of Faribault; step grandchildren, Kylie, Paige, Kayden, Jonathan and Julianna; brothers and sister, Sig (Kathy) Tonn of St. Paul, Greg (LeAnn) Tonn of Orr, Mark Tonn of Monticello, and Linda Tonn of Inver Grove Heights; and several nieces and nephews. He was preceded in death by his parents, Herman and Millie Tonn; and first wife, Cindy.

To order memorial trees or send flowers to the family in memory of Wayne Tonn, please visit our flower store.