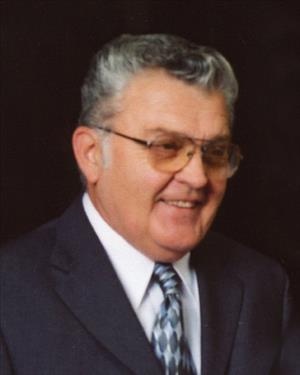 William Erwin "Bill" Braatz, age 76 of Cannon Falls, MN and formerly of Chippewa Falls, WI, died on Wednesday morning, February 24, 2016 at Diamond Rehab and Living of Cannon Valley in Cannon Falls. Bill was born on September 29, 1939 in Neillsville, WI, the son of Erwin and Meta (Schlinsog) Braatz. He graduated from Rice Lake High School. He served in the US Army from 1962-66 and was stationed in Mainz, Germany, where he met and married Hannah Nagler. They had four children together. They lived in various places until coming to Cannon Falls in 1970. They later divorced. Bill met Diane Gorman and they moved to Chippewa Falls in 1998. They married April 13, 2004 in Bridgeview, IL and continued to live in Chippewa Falls until moving back to Cannon Falls in September, 2014. Bill worked as a truck driver for various commercial trucking companies in his Union, Local 120. He was a "3 million miler," logging 3 million miles on the road without incidence. He retired in 1998. He enjoyed the outdoors and was an avid hunter and fisherman. He loved spending time at the cabin in Birchwood, WI, and most often with his brother, Gordy. Bill was a VFW Lifetime member, Whitetail Unlimited life member, and was a member of Local 120 Teamsters Union. He is survived by his loving wife, Diane; children, Rick (Heather) Braatz of Cannon Falls, Rodney (Stacy) Braatz of Randolph, and Renata Braatz (Terrell Schaeffer) of Hastings; stepchildren, Daniel Gorman and Sandra Gorman, both of Illinois, and John (Kathy) Gorman of Chippewa Falls, WI; 13 grandchildren, Hope (Chris), Derick (Taylor), Erica (Brandon), Michaela, Kiley, Alexandra, Bailey, Brady, Owen, Taron, Kristin, John, and Candice; 4 great-grandchildren, Lillyana, Logan, Emory, and Paisley; brother, Gordon "Gordy" (Sue) Braatz of Eau Claire, WI; and many nieces and nephews. He was preceded in death by his parents; son, Ronnie; and grandparents. Visitation will be on Sunday, February 28 from 2-5 p.m. at Lundberg Funeral Home in Cannon Falls. Memorial service will be on Monday at 11 a.m., with visitation from 10-11 a.m., at First English Lutheran Church, 511 W. Belle St., Cannon Falls. Military honors farewell will follow the service at church.

with visitation from 10-11 a.m. Military honors will follow at church.

To order memorial trees or send flowers to the family in memory of William Braatz, please visit our flower store.