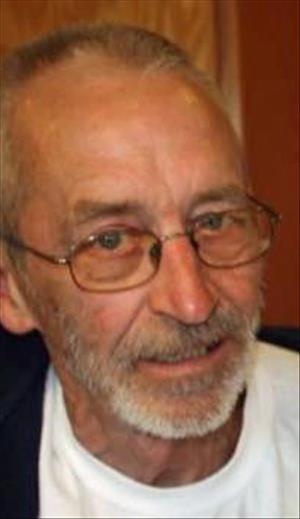 William Edward "Bill" Dibble, age 70, of Randolph, passed away unexpectedly on Aug 20, 2016. Bill was born on February 5th 1946 in Red Wing to Willard and Eleanor Dibble. He graduated from Cannon Falls High School in 1964. Bill worked for Filmore Trucking Company and Gibson Sanitation most recently. He loved the trucking industry and worked as a mechanic for the last 20 years of his life. He also served in the U.S. Army Reserve as a cook. Both of Bill's sons retired from the Army and he was very proud of their accomplishments. Bill's greatest love was being a Grandpa to his five grandchildren. He was proud of them all. Grandpa was a teaser. He liked to tease the kids, especially Lydia who is the oldest of the five. He was very proud to attend Lydia's High School graduation as she was the first grandchild to accomplish this. Grandpa Bill liked to play around with Grace when he would come to visit and would hear her music blaring from upstairs. He told her that he could feel the house shaking. Madelyn recalls nice conversations on the way to dance practice when Grandpa would often drive her. She liked to show off her dancing and acrobatic skills to him. Grandpa was also there for Emma, picking her up after Choir practice on numerous occasions and would often stay with her after school so she wouldn't be alone. Grandpa didn't get to see Oliver as often as he liked but they made the most of it when they were together. Oliver especially enjoyed driving the Corvair back to Alabama with Grandpa and also tractor rides in the yard just a few weeks ago. Bill also enjoyed Oliver's hockey games. Bill never hesitated to help out when needed. He was always there to unlock doors when keys were forgotten, or to take care of his son's dogs during out of town trips. He was there at a moment's notice when one of the kids was sick at school and needed to come home, or coming to the rescue of three screaming girls when they noticed a snake in the garage. He was always there for us. Bill was also a big fan of the Randolph Rockettes High School Dance Team where two of his granddaughters danced and would go to as many competitions as he could. Bill is survived by his sons Scott (Charlotte) of Huntsville, Alabama, Mark (Kelli) of Randolph, Grandchildren Lydia (26), Grace (15), Madelyn (14), Emma (11) and Oliver (10). Brothers Jim (friend Sherri) of Bloomington and John (Mary) of Cannon Falls, Nephew, Justin (Nicole) and Niece, Laura (Cary) and beloved dog Max. A visitation will be held at Lundberg Funeral home (5839 Hwy. 19 Blvd, Cannon Falls) on Friday, August 26 from 5-8 PM. A memorial service will be held on Saturday, August 27 at the Episcopal Church of the Redeemer (123 N. 3rd St, Cannon Falls) at 11 AM, with a visitation one hour prior. Interment with military honors to follow at Cannon Falls Cemetery.

To order memorial trees or send flowers to the family in memory of William Dibble, please visit our flower store.