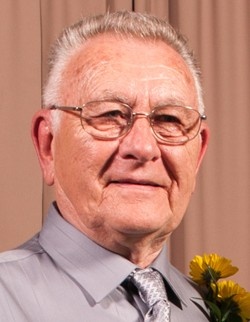 Willard “Jay” Downing, age 79 of Cannon Falls and formerly of Glenwood, MN, died on Thursday morning, May 24, 2018 at The Gardens at Cannon Falls.

​Jay was born on September 25, 1938 in Sioux City, Iowa, the son of George and Sara (Meyer) Downing. He attended school and graduated from East High School in 1957. After high school, Jay worked for Kraft Marshmallow Company from 1957 - 58. He entered the U.S. Army in 1958, completing three years of service in 1961. He was a mechanic and driver for the Battalion Commander. Returning home, he worked as a mechanic at Knoepfler Chevrolet, then a repair technician at Team Electronics, both in Sioux City, IA. In 1979, the family moved to Glenwood, MN, where he worked as manufacturing technician for Tanis Aircraft until his retirement in 2008.

He married Mary Delores Luther on August 31, 1962 at Morningside Church of Christ in Sioux City, IA. Jay and Mary attended Washington Heights Chapel in Sioux City, IA. They were active members of First Baptist Church in Glenwood, where he served terms as a Deacon, Elder, Vice Chairman, and taught adult Sunday school for several years. Jay served on the Airport Commission Board, and Planning and Zoning Commission in Glenwood.

​Jay and Mary moved to Cannon Falls in May of 2016 to be near family, enjoying "retirement" life in their condo. Jay was always a very busy guy and hard worker, and found slowing down in recent years due to his advancing health decline, to be challenging. He enjoyed sitting out in the "basement", as he called the garage, and waving to the neighbors passing by.   ​

Jay enjoyed several life-long hobbies, including Amateur Radio (W​0SOA), passing on his interest to his grandson, BJ, and building and flying Radio Control Airplanes, the love of which his grandson, Christopher, shares and gardening. Jay was a jack-of-all-trades, an original DIYer. He could do any home maintenance or repair job, remodeling, wiring, plumbing, painting, yard landscaping, roofing, woodworking, and auto mechanics. He could do the most complex electronic work and eventually became a computer whiz, building, programming, and operating small desktop and even very large manufacturing computers. There wasn't anything he couldn't figure out how to do.

He is survived by his wife, Mary; brother, Richard "Dick" (Sue) Downing of Spirit Lake, IA; daughter, Jayne (Dean) Bredlau of Zumbrota; four grandchildren, Byron Jayson "BJ" Watts (Rachel Clare) of Rochester, Rachel Joy Willoner and Heidi E.J. Watts, both of Rochester, and Christopher Jaymes Watts of Medford; one great-granddaughter​, Shaelyn Watts; two step-grandchildren, Hannah Bredlau and Rachel Bredlau, both of Redwood Falls; and several cousins, nephews, and nieces. He was preceded in death by his grandparents, parents, and sister and brother-in-law.

Interment with military honors will be held on Thursday, May 31 at 10:30 a.m. at Fort Snelling National Cemetery, Assembly Area #4.

A Celebration of Life Service will be held on Thursday, May 31 at 2:00 p.m. at the George O. Thompson Chapel at The Gardens at Cannon Falls, 300 N. Dow St., Cannon Falls.

To order memorial trees or send flowers to the family in memory of W. Jay Downing, please visit our flower store.

Chapel at The Gardens at Cannon Falls