Welcome to the memorial page for

Mike was born on January 30, 1958 in Zumbrota, MN, the son of Owen and Gladys (Swelland) Hernke. He graduated from Cannon Falls High School in 1976.

He was a lifelong member of Urland Lutheran Church, where he was baptized, confirmed and married to Brenda D. Quittem on July 15, 1978.  He was a praise and worship team member for over 10 years.

Mike worked for 23 years at Hernke’s, Inc. and was also an owner/operator as a truck driver for 15 years. He loved music, especially singing and playing drums.  He enjoyed family vacations, hunting, and pontoon rides.  He was in to dirt track racing for many years, and car #37 was one to watch! His latest car was a cancer awareness race car that exhibited at local dirt tracks, where he also sang the national anthem and spoke about cancer awareness. He loved spending time with his family, and especially loved making big breakfasts, where the chocolate chip pancakes were a hit!

Visitation will be held on Friday, October 13 from 4-8 p.m. at Lundberg Funeral Home, Cannon Falls. Funeral service will be on Saturday, October 14 at 11:00 a.m., with visitation from 10-11 a.m., at Urland Lutheran Church, Cannon Falls.  Interment will follow at the church cemetery.

Memorials are preferred in Mike’s memory to Urland Church or donor’s choice. 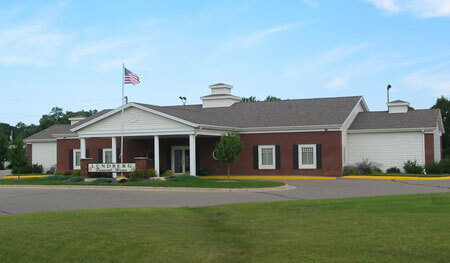